Mouth breathing, dryness of the mouth, stuffy nose, shortness of breath with exertion, and nasal or facial pressure can all be symptoms of nasal airway blockage. While not caused by nasal obstruction, snoring can be exacerbated by it. Nasal airway obstruction can be caused by several mechanisms and sites within the nasal passage: 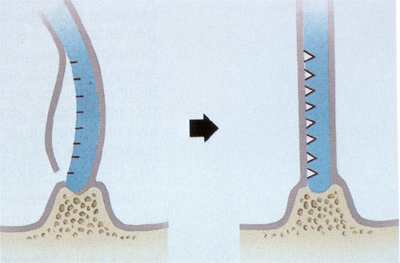 After discussion of symptoms with the patient and careful examination to establish the actual obstruction site, the treatment, either surgical or medical, to best address the problem can be determined.

Medical treatment of nasal congestion consists of decongestants, anti-inflammatory (prescription) steroid nasal sprays, or a trial of oral or nasal spray antihistamines, especially if allergies are present. A short treatment with oxymetazoline (Afrin) may be tried as a diagnostic measure for turbinate enlargement. These treatments attempt to reduce swelling (volume) of the turbinates to decrease the blockage in the nasal airway. Environmental allergy work-up may be necessary in some patients. Problems due to septal deviation or valve blockage may be resolved using non-prescription products such as sinus cone inserts or “breathe-right” strips. If medical treatment fails to resolve the breathing problem a surgical solution may be advisable.

Correction of deviated nose and septum

Dr. Zemplenyi performs a variety of surgical treatments for relief of nasal obstruction at the Bel-Red Center for Aesthetic Surgery. Treatments directed at the cause of the nasal blockage range from turbinoplasty to reduce turbinate volume, septoplasty to reposition the septum wall into the midline for airway improvement or reconstruction of the nasal valve, indicated especially if a patient experiences relief with sinus cones or breath-rite strips. Dr. Zemplenyi’s training in otolaryngology and plastic surgery is especially useful for these reconstructive nasal procedures. Some of these procedures can be performed without leaving any external scarring. Depending on a variety of factors, sedation “twilight sleep” or general anesthesia may be used.

Following surgery, for increased patient comfort, Dr. Zemplenyi does not leave nasal packing in place overnight. Narcotic medications and Tylenol can be used for treatment of mild discomfort during the post-operative one to three days. Return to work is common in three to seven days following surgery. Since these surgical procedures are designed to improve a medical condition they are covered by medical insurance Furthermore, the procedure described above may be combined with cosmetic rhinoplasty (cosmetic nasal surgery, “nose job”). As opposed to surgery for nasal breathing, cosmetic surgery is not covered by medical insurance.

What is a septoplasty?
A septoplasty is surgery to straighten a deviated septum. One can be born with a deviated septum or it can shift as a result of trauma, like a broken nose, or just from growth in puberty. Septoplasty surgery usually does not involve incisions on the outside of the nose so there will not be scaring on the outside. A cut is made to lift up the mucous membrane lining the inside of the nose. The area of bone or cartilage in the blocked area is straightened or trimmed. The mucous membrane is then repositioned over the bone and cartilage and held in place either by sutures or gauze packing. The surgery usually takes about 1 to 1 ½ hours and patients go home the same day.
What is the nasal septum?
The septum separates the left and right sides of the nose. It consists of cartilage in the front of the nose and thin bone in the back of the nose, covered by mucous membranes.
Why do you need a septoplasty?
If medical treatment such as decongestants or allergy treatments do not work to relieve nasal congestion or difficulty breathing and examination of the inside of the nose reveals a deviated septum (a septum not in the midline) blocking air passages, then septoplasty should be considered to remove the physical blockage and improve breathing.
What kind of anesthesia is used for septoplasty surgery?
Septoplasty surgery can be done under local anesthesia, IV sedation or general anesthesia. Most times IV sedation or general anesthesia are used. The surgeon will discuss these options before surgery.
How can I prepare for septoplasty?
Before septoplasty the patient should stop using any medications that prolong bleeding such as anti-inflammatory medications, aspirin, some herbal supplements and vitamin E. You will be asked to not eat after midnight the day before your surgery. Smoking should be stopped before the procedure. Someone needs to be available to bring you to the surgery, take you home and stay for the night after the procedure.
What can I expect post septoplasty?
You will go home after the septoplasty. Sometimes the nose is packed with gauze after the procedure but usually it does not need packing. There may be nasal congestion from swelling and some discharge from the nose for several days after surgery, decreasing over a week. There is no splint placed on the nose after septoplasty. Some patients may need to have their nose suctioned after surgery to relieve congestion and crusting.
What is the recovery time for septoplasty?
Normal work and social activities can be resumed a few days after surgery.
How much does septoplasty cost?
Because septoplasty treats a functional problem, nasal congestion or breathing problems, it is covered by medical insurance. You should check with your insurance company to verify coverage and determine what the patient’s financial responsibility will be.
What are the risks with septoplasty?
Risks of septoplasty include bleeding, infection, incomplete resolution of nasal blockage, hole in the nasal septum, changes to the outside of the nose, need for repeat surgery. There are also anesthetic risks including respiratory or cardiac problems. The risks will be reviewed before surgery.