The Rise of Smartlipo™

According to the American Society for Aesthetic Plastic Surgery, liposuction was the most performed cosmetic surgical procedure in 2013 with nearly 365,000 procedure performed. This is a 16% increase from 2012 and is only expected to grow in the coming years as our increasingly health conscious society desires a tighter, more sculpted body.

How is Traditional Liposuction Different from Smartlipo™? 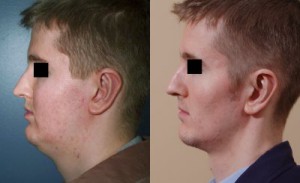 When comparing the two procedures, laser liposuction uses a more precise method to exactly target unwanted fat. Both traditional liposuction and laser liposuction involve injection of anesthetic fluid (tumescent fluid) to numb areas of fatty deposit as well as constrict blood vessels and minimize bleeding. However, for smaller areas such as the chin, arms, inner thigh, the fine laser probe can, through a tiny incision, accurately focus its energy to melt unwanted fat. The Smart Laser Triplex, used by Dr. Zemplenyi, has three wavelengths which efficiently dissolve the deposits resistant to diet and exercise. With the tiny incision, some patients can be back at work the next day.

Further helping patients recover, is the decreased bruising occurring after Smartlipo™. One of the three wavelengths used during Laser Triplex body sculpting is selectively absorbed by red blood cells, efficiently coagulating blood vessels. With less bleeding and bruising, patients have a faster recovery.

Additionally, the controlled heating from the Laser Triplex, not only removes fatty accumulations, but tightens loose, overlying skin. The gentle warming induces new collagen formation and therefore contracts lax skin. This is especially useful for people who have a moderate amount of skin laxity but are not candidates for more invasive abdominoplasty, thighlift or armlift surgery. Smartlipo™ can be a less aggressive alternative to these more extensive procedures.

The high absorption by adipose tissue of the 1440nm wavelength available on the Smartlipo™, allows the Triplex laser to efficiently break up fat with mechanical and thermal effects. This effortless disruption of fat is especially useful when removing fibrous, dense fat from areas such as enlarged male breasts (gynecomastia), male flanks or from areas with tough tissue or scarring from prior surgery in need of revision.

How Does Laser Liposuction Work?

For comfort and anesthesia, patients undergoing laser liposuction can be given oral or IV “twilight sleep” sedation. Tumescent fluid, with numbing and blood vessel constricting effects, is then infused into the areas to be sculpted. After the Smartlipo Triplex cannula is inserted under the skin through a small incision, it is gently navigated through the fat deposits. As it does this, energy from the laser liquefies the surrounding fat and fibrous tissue. As this is done, the overlying skin is gently heated to stimulate collagen, resulting in tighter, firmer skin. Once the Smartlipo Triplex device has done its work, the liquefied fat is easily removed through a small vacuum cannula.

Through its advanced technology, Smartlipo™ efficiently disrupts even fibrous adipose areas while tightening overlying skin and allowing fast recovery. Used alone or in combination with tumescent liposuction, ever since its FDA approval in 2006, SmartLipo laser lipolysis has been a revolutionary addition to the liposuction industry.

We Love Our Customers!
Caleb was great, fast worry free service. We had totaled a newer car and he helped up find a replacement that was nicer than the original. Wasn’t sure if we would get approved I’m leaving happy and with a car I actually am excited to own. Thank you 5 star auto plaza you really helped us out of our pickle!
Adley Hummel
I was referred to Robin by a friend! Robin is absolutely amazing and straight to the point. I will definitely refer this location to friends and look forward to working with her in the future! Thank you Robin!
Kristina C
Best experience in getting a car! Anthony got me in and out with a car the SAME day! Definitely recommend!!
Ericka Steinbach
I worked with Deangelo and he was very helpful! He coached me through everything and made a way when I didn’t think there was one. I’d definitely recommend stopping by and talking to him.
Jazzmine Bass
Marquise was amazing!!! He was able to get me into the perfect vehicle. I only wish I hadn't waited so long to come in.
Faith Oliver (Butterfly Kizzez)
Caleb Qasim a great help he fought to get us help and did above and beyond his expectations to help me and my family thank u for your wonderful service
minecraft monkeypants
5 star auto is a great place to get in a new/used car. Sierra was VERY nice and got me in the SUV that I wanted. The payments are reasonable and the finance team was very helpful. Thank you guys for all your help 5 stars
Traci Booker
Anthony is a great guy. He was super efficient and easy to work with.
Peachy. .vibesl
Got my car! Thanks Robin You’re Awesome 👍🏽
Margie O'Brien
It was a great experience, the staff was very friendly and welcoming, it was great atmosphere, and Robin was amazing and went above and beyond to work with me to make sure I left a satisfied customer 10/10 would recommend!
Brandon Key
↑