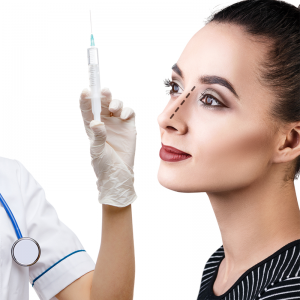 A non-surgical nose-job or liquid rhinoplasty is an alternative to conventional nasal surgery. This alternative method uses fillers, instead of surgery, to reshape the nose. The procedure involves small, precise injections of one of several fillers into specific areas of the nose to achieve the desired result.  The procedure takes about 15 to 30 minutes. If necessary, touch-ups can be done on a follow-up visit several weeks later.

Who is a good candidate for non-surgical rhinoplasty?

The ideal candidate for a filler rhinoplasty has a small to moderate problem which they wish to address. The non-surgical rhinoplasty can be used to:

In Asian and African-American patients, fillers provide a simple way to build up the bridge of the nose.  Post-injury or post-surgery individuals can use fillers to even out irregularities. By augmenting volume in a variety of ways, fillers can restore proportion and harmony to the nose and face.

What are the benefits of dermal fillers for liquid rhinoplasty?

What are the limitations of the filler nose-job?

A non-surgical rhinoplasty can improve defects such as irregularities or concavities but it cannot make a nose smaller or narrower. Patients wanting to reduce the size of the nose or portions of the nose will need to have traditional surgical rhinoplasty as performed by Dr. Zemplenyi. Because it is reversible, the filler needs to be re-applied every six months or so to maintain the same level of correction. The risks involved with nasal fillers are the same as those with fillers used in other parts of the face. 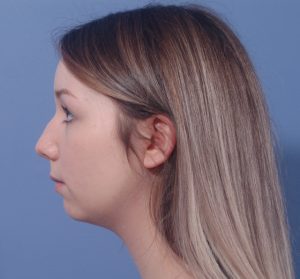 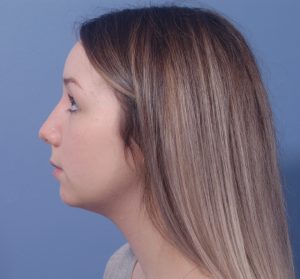 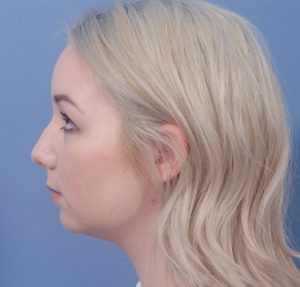 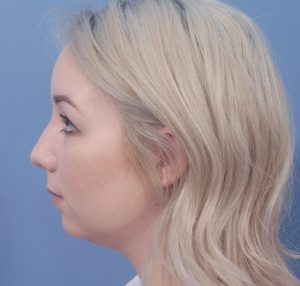