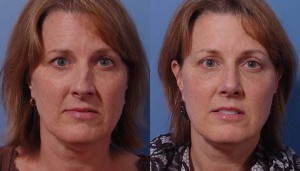 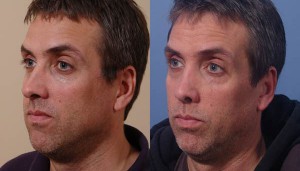 Many people undergo rhinoplasty every year in the United States to improve the shape of their nose. In the past, some have experienced difficulty with nasal breathing due to their better “looking” nose. Thankfully, newer techniques allow the nose to be reshaped without breathing problems. Often people get a rhinoplasty primarily to improve their breathing.

Rhinoplasty has really evolved over the last two decades. The focus is primarily on repositioning the nose rather than removing cartilage. If you’ve heard people complain about breathing problems from a nose job done a couple of decades ago, it’s possible that they had too much cartilage removed which in turn causes the sides of the nose to collapse while inhaling.

Fortunately, if you or a loved one has this problem from a prior rhinoplasty, it can be corrected.  We restore the over-operated areas by making a tiny pocket for the patient’s cartilage. Cartilage can be taken from behind the ear or inside the nose and re-grafted into the sides of the nose to make that area less collapsible and constricted to restore better breathing.

Approximately 98 percent of people who have this type of rhinoplasty revision reported improvement in nasal breathing, with an average two-and-a-half-fold improvement, according to a report in the journal Archives of Otolaryngology — Head and Neck Surgery.

Many of our patients wonder why they waited so long to have the rhinoplasty revision.  Most have tried every pillow, antihistamine, and Breathe-Rite strip on the market. Now they sleep through the night and nobody even knows they had the surgery. Most are back to work after a long weekend.

The relief of breathing problems is medically necessary no matter what the cause, so health insurance plans generally cover the surgery.

If you live in the Seattle area and think your nose is contributing or causing your breathing problems, contact our office today. We’ll help you find a way to breathe better.