Rhinoplasty to Fix a Broken Nose

We in the Seattle area enjoy the active, sports-filled lifestyle that our mountains, forests and beaches provide.  But hold tight to your handlebars and watch that teammate’s elbows because all that energy could come in contact with your nose.  With its protruding central position in the face, it is no surprise that the nose is the most commonly broken bone in the head. 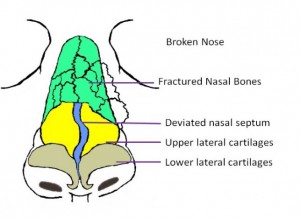 Pain, swelling and nosebleed accompany a broken nose.  Bruising around the eyes (black eyes) can develop and the nose may look crooked if the bones and cartilage have shifted positions. Breathing may be difficult as if something is blocking air passages.  The cartilage and bone in the middle of the nose, the septum, can accumulate blood forming a septal hematoma.  Trauma can impede breathing as well as affect appearance.

If your nose has been on the losing end of a collision, check with a medical professional to rule out a septal hematoma or other potential problems.  If present, a septal hematoma needs to be drained promptly since persistence of blood can cause destruction of the nasal septum with the possibility of a resulting saddle nose deformity. An X-ray or a CT scan may be necessary to determine the extent of injuries.

Most broken noses can however be taken care of at home without further treatment.  If the skin and septum are intact and the nose is not out of position, even if the bones are broken, rest and gentle care may be all that is required.

However, a broken displaced nose will need further treatment. Often the crooked nasal bones can be straightened in the office with local anesthesia.  A splint placed on the nose after the procedure will keep the bones from shifting out of place.  This procedure must be done within two weeks of the injury, before the broken bones set in their altered position.

After two weeks, if the nose is deviated, repair needs to wait about three to six months for the bones to set in their new position and for swelling to go down.  Surgery at this point can address straightening the nasal deviation, breathing problems, or changing the appearance of the nose.   Reconstructive plastic surgery can restore the nose to the way it was before the accident but should you desire, changing the appearance of the nose, a rhinoplasty, can also be performed. 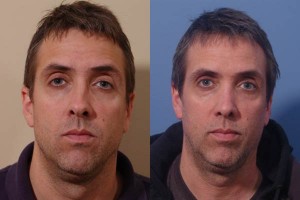 Recovery after a rhinoplasty can take several weeks depending on the complexity of the procedure.  Swelling of the nose starts to go down after several days and bruising around the eyes diminishes over several weeks.  A splint remains in place approximately a week to stabilize the new configuration.

If you have suffered a broken nose and are not pleased with the appearance and/or have breathing problems since the trauma, contact our plastic surgery office in Bellevue.  Surgery can have a functional component, covered by insurance, to improve nasal airway breathing, as well as a cosmetic component to enhance cosmetic appearance.  A septorhinoplasty can make a world of difference in aesthetic appearance and ease of breathing.

We Love Our Customers!
The level of customer service in their service department is unmatched. Everyone is always friendly and helpful. And affordable! So happy I went with 5 Star Auto :)
Jason Hart
Made an appointment, went and met with Deangelo. He was very kind and went through everything in detail and worked with us to get lower monthly payments and a good car I didn’t think we would qualify for and was very patient. Will definitely be going back
Kyra Howard
Caleb was great, fast worry free service. We had totaled a newer car and he helped up find a replacement that was nicer than the original. Wasn’t sure if we would get approved I’m leaving happy and with a car I actually am excited to own. Thank you 5 star auto plaza you really helped us out of our pickle!
Adley Hummel
I was referred to Robin by a friend! Robin is absolutely amazing and straight to the point. I will definitely refer this location to friends and look forward to working with her in the future! Thank you Robin!
Kristina C
Best experience in getting a car! Anthony got me in and out with a car the SAME day! Definitely recommend!!
Ericka Steinbach
I worked with Deangelo and he was very helpful! He coached me through everything and made a way when I didn’t think there was one. I’d definitely recommend stopping by and talking to him.
Jazzmine Bass
Marquise was amazing!!! He was able to get me into the perfect vehicle. I only wish I hadn't waited so long to come in.
Faith Oliver (Butterfly Kizzez)
Caleb Qasim a great help he fought to get us help and did above and beyond his expectations to help me and my family thank u for your wonderful service
minecraft monkeypants
5 star auto is a great place to get in a new/used car. Sierra was VERY nice and got me in the SUV that I wanted. The payments are reasonable and the finance team was very helpful. Thank you guys for all your help 5 stars
Traci Booker
Anthony is a great guy. He was super efficient and easy to work with.
Peachy. .vibesl
↑